Kashmir is the northern-most state in India and is often called ‘Paradise on earth’. Srinagar is the capital city of Kashmir and is home to some of the most breath-taking valleys, meadows and mountain passes.

The history of Kashmir has seen many changes politically and religiously. In the early days, the area was a centre to promote and practice Hinduism and Buddhism and hence has a lot of temples and monasteries all around the state. Over long periods of time, the state has seen multiple rulers and now the majority of the population belongs to the Muslim community. The shift has been due to Islamic rulers ruling the state in the medieval period and other political matters.

The major hill stations in the state are Gulmarg, Srinagar, Pahalgam, etc. There are expansive mountain passes in Ladakh and Kashmir is undoubtedly one of the best tourist destinations in the world. The cold weather makes it an ideal place to visit to get away from the heat.


Most popular places to visit in Jammu and Kashmir 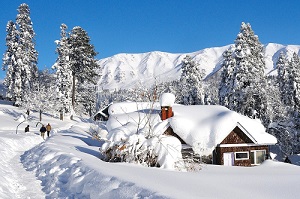